Sweetpea's head is yellow and other body parts green. He has a bit of blue on his tail feathers. He has small orange beak and orange feet. His eyes are green.

He likes hanging around with the other pets, even with Chloe, who tried to eat him once.

Sweetpea is one of the neighbors of Max. After his owner leaves, he opens his cage, activates a fan and television, and flies with jet planes in a console game. Later, he appears in Max's Apartment and fools Chloe by a laser projector.

After Max and Duke are gone, Gidget gathers her neighbors for discussing what they can do, including Sweet Pea. He pecks a glass bowl Chloe is at, by the time she is seemingly indifferent to Max's missing. Tiberius' sudden appearance horrifies all pets except Gidget, and Sweetpea hides behind a bottle of air freshener and then Chloe's bowl after Mel hits the table with fear. At last, Sweetpea agrees to join his neighbors to find Max.

Pops brings the pets to a cherry picker outside a building; Chloe is too clumsy to jump down, so Sweetpea pecks her hanging feet. In the way to the sewer, Tiberius catches one of the pigeons, who carry the pets to another apartment; Sweetpea chirps at Tiberius, so he lets the pigeon go. Later, Gidget encourages her neighbors after they are almost caught by The Flushed Pets, she claims that they are "dogs", Chloe says "cat", Tiberius says "hawk" and Sweetpea chirps, so Gidget says they are all dogs at that day.

He is seen flying with Tiberius on the Brooklyn Bridge and sitting with Gidget and watches Snowball jump in the ocean to save Max and Duke. At the end of the movie he finally goes back to his apartment to greet his owner, who is a seemingly hardcore guy with who despite his appearance, cares very much about Sweetpea and birds. 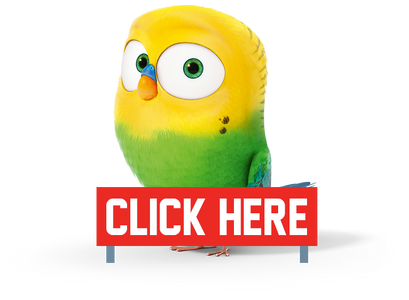 Retrieved from "https://thesecretlifeofpets.fandom.com/wiki/Sweetpea?oldid=21173"
Community content is available under CC-BY-SA unless otherwise noted.