Start a Wiki
watch 01:32
'The Secret Life of Pets 2' Max Trailer
Do you like this video?

Max is a Terrier mix, who is the main titular protagonist in The Secret Life of Pets and of the second film.

Max loves his owner Katie very much and also has a strong emotional attachment to her, which leads to his refusal to share anything with Duke when he enters his life - especially their owner. The two are forced to live together despite their jealousy and become closer to one another during their adventure. Though he is quite fun-loving, Max is somewhat possessive of Katie when Duke comes along - despite his own adoption.

In Manhattan, Katie finds Max abandoned in a box on the street and adopts him as her pet by taking him back to her small apartment in New York. Max lives a normal canine life with his owner Katie there, spending his days waiting in front of the door for Katie to return whenever she is gone and playing with his friends Mel and Buddy. One day, she comes home with another dog, a Newfoundland she adopted named Duke, who has made Max's life turn messy. Although Max is immediately disgusted by Duke's callous wet licking and selfish sleeping habits, and his attempts to warn her of Duke's selfishness in the bathroom are in vain when Katie is unable to understand his barking.

The next day, Max has decided to displace Duke and become the object of Katie's affections once more. When Duke destroys a vase in the living space and spills dog food in the kitchen area, Max attempts to do the same as Duke by doing further destruction which gets him into trouble. Later on, the duo are taken for a walk by a pet-sitter with all the apartment pets to the dog park in Washington Square Park, where Max's insults make Duke very angry, which leads him into tricking Max by checking behind a bush for sticks (where Duke said there were). He dragged Max out of the dog park and into downtown New York City.

They end up stuck in New York, far away from Manhattan and are forced to work together to return before dinnertime. In an alleyway on the other side of Manhattan, Duke attempts to throw Max in a trash bin only to meet the Sphinx cat Ozone and his gang of abandoned cats. Though the pair escape the confrontation by running away screaming, two Animal Control officer places them in metal cages for transit to the City Pound. However, they are rescued by a bunny named Snowball who frees them and crashes the van.

In Snowball's lair, Snowball reveals the existence of other secret abandoned pets in the city and recruits the two to The Flushed Pets. They end up escaping from Snowball through the sewer system which spits them out into the Hudson River - only for them to end up on a ferry to Brooklyn, in the opposite direction to home. Soon, they find a sausage factory, Weiner Kingdom, so they eat as much sausages as they can, but they are almost caught by the Animal Control officers. Max encourages Duke to find his former master, Fred; when they finally find Fred's house, they are told by Reginald that Fred passed away and the house belongs to another family.

Suddenly, the Animal Control officers appear with a new truck and they capture Duke, so Max runs after it. Meanwhile, Snowball, with some The Flushed Pets members find Max, but Tattoo and Dragon are also captured. Therefore, Snowball and Max drive a bus to chase the truck and causes a huge chaos, and Snowball passes out after the bus crashes on the truck. At first, The Flushed Pets think Max attacks Snowball and decide to take revenge on him, but they are stopped by Gidget, who keeps fighting against the attacking animals.

The truck is thrown out of Brooklyn Bridge and hung above the river. Max tries to reach the truck but he along with the truck fall into the river, and he is unable to unlock Duke's cage. Snowball jumps into the river and finds the key as it floats on the water, so he passes it to Max to unlock the cage. Later, Tattoo drives a taxi and bring every animals home. Max mutters to Gidget about his appreciation, but he is interrupted by the other pets.

Max and Duke go home before Katie's return, and they are taken to the balcony and watch the scenery of Manhattan in the night together. 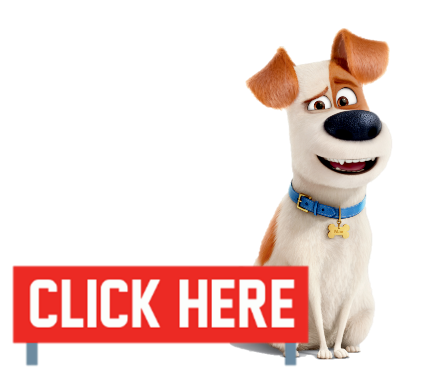 Retrieved from "https://thesecretlifeofpets.fandom.com/wiki/Max?oldid=21692"
Community content is available under CC-BY-SA unless otherwise noted.