The Secret Life of Pets Wiki
Register
Don't have an account?
Sign In
Advertisement
in: Featured articles, Characters, Article stubs,
and 8 more

Gidget is a white Pomeranian, who is one of the main characters in The Secret Life of Pets. She is voiced by Jenny Slate.

Gidget is a white Pomeranian with large blue eyes, small pink ears, stubby feet, small paws and a pink bow on her head.

Gidget is very bouncy, and tries as hard as she can to make sure nobody is affected badly from her words (unless they really have to be). She is shown to be very loving and concerning for Max and others, though she can be very tough sometimes; as shown when she is almost caught by Tiberius and Ozone refuses to tell Max's whereabouts.

Also, Gidget is able to beat up dozens of members of The Flushed Pets easily. Even Derick, a crocodile who is much bigger than her, stood no chance against an enraged Gidget.

Gidget lives in an apartment in New York with her owners in which she rarely leaves. Gidget has a crush on her dog neighbor Max, who she avidly watches from her apartment window. On an autumn day, Max goes on a walk with his new roommate Duke and all the other apartment dogs. However, they are captured by an Animal Control officer opposite the street to her window. In her apartment, Gidget gathers the other pets to tell them Max is missing.

On the rooftop of the apartment building, Gidget meets Tiberius the hawk and tasks him with searching for Max. With her promise of becoming her best friend if he helped her, Tiberius agrees and delivers Ozone from the alleyway they went missing in. Gidget harshly interrogates Ozone for more info. In her apartment, Gidget gathers all the pets of the block to form a rescue team and return Max to the apartment before all the owners return at dinnertime. To aid their search for Max, Gidget and the rest of the apartment animals search for Pops, an old dog who knows the city very well and can quickly guide them as they track him down.

After travelling through the alleyways of Manhattan and reaching the sewer system, Gidget hears Snowball talking about Max and tries to defend him, causing The Flushed Pets to chase the apartment pets in order to pursue Max, but they have only captured Norman the guinea pig. Nevertheless, after the pets escape from the sewer to the Community Garden, she decides to restart the rescue plan so they continue. While Max and Snowball try to save their friends by joining forces, the rest of the Flushed Pets try attacking Max misunderstanding him by having Snowball in his mouth but at that same moment Gidget defeats them with the help of the other apartment pets in order to defend Max. While Gidget is fighting the Flushed Pets, Max gets amazed by Gidget's moves in slow-motion and he begins to fall in love with her.

After Snowball and Max successfully save Duke and arrive to the street of all the apartment pets, Max admits to Gidget his love for her after seeing her defend him on the bridge earlier that night. Max also apologizes for not noticing her before. Gidget licks Max overjoyed, but the two are confronted by Pops muttering "Oh great, you're in love. How gross for everyone else."

She gets back to her apartment before her owners are back. Later, her owners have some sushi as dinner while Gidget, acting as a princess, is given a cup of dog cookies, so she licks her owners with joy.

The Secret Life of Pets 2

Main article: The Secret Life of Pets 2
Expansion needed
This section is a stub and should be expanded.

Main article: Super Gidget
Expansion needed
This section is a stub and should be expanded. 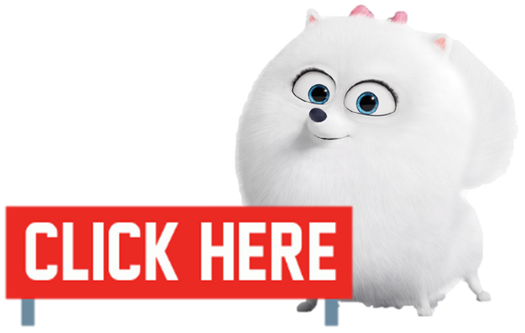 Meet Gidget - The Secret Life of Pets
Community content is available under CC-BY-SA unless otherwise noted.