Start a Wiki
watch 01:17
'The Secret Life of Pets 2' Chloe Trailer
Do you like this video?

Chloe is a morbidly obese blue tabby cat with a white stomach and muzzle. Her ears and nose are pink. She also has stripes on her back and tail. She appears to be quite clumsy at various occations. She also has green eyes.

Chloe has an eating disorder. She is shown to be obese, apathetic, indifferent, and lazy - she doesn't care much. The only things she does really love are food and herself. Nevertheless, she does have a way of standing up for her friends.

Chloe lives in an apartment in New York with her owner, which is above Max's apartment. The apartment pets often visit each other through the outside stairwell, which Chloe uses to visit Max's apartment with Mel and Buddy. When Duke comes into Max's life, he immediately climbs the stairwell to complain about it to Chloe. In spite of Max's situation, Chloe shows a complete apathy to Max's predicament and eventually replies that he has to get rid of him or his life is going to be ruined forever.

Though Gidget tells the pets that Max is missing and gone after seeing his capture by Animal Control, Chloe is seemingly disinterested in what she has to say even when Sweetpea pecks on the glass bowl she is resting in; but later she encourages Mel, Buddy and Sweetpea by telling the pets how Max has helped them before. The apartment pets form a rescue team of every pet on hand, who go through Manhattan to Brooklyn tracking Max, which Chloe partakes in. Their guide, an old Basset Hound named Pops, shows affection toward Chloe, which she is disgusted by. He called her "Rhonda". Though Chloe tries to remind Pops that she's a cat, he just said nobody's perfect.

Before Chloe and her friends meet Pops, Peanut films an extremely embarrassing video of her crashing and running into punch and snack bowls. The video eventually gets uploaded to YouTube, and is shown on a Jumbotron labeled "Video of The Day" in Times Square. When she comes across the jumbotron, she notices it and tries to hide the video by her body, but of course she fails to block anyone's sight. 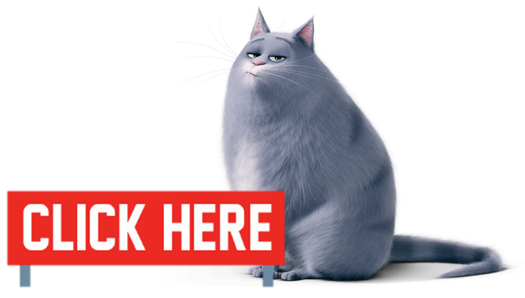 Retrieved from "https://thesecretlifeofpets.fandom.com/wiki/Chloe?oldid=20850"
Community content is available under CC-BY-SA unless otherwise noted.